MFA from the Instituto Superior de Arte in Havana, Cuba and an MA from Columbia University, USA.

La Vaughn Belle’s artistic practice is driven by her explorations on the colonial and neocolonial narrative and how it shapes identity, memory and reality. She uses her practice as an investigative tool, as a way to engage in dialogue, a platform for thinking and a means to develop knowledge. The emphasis of her work does not lie in the medium, but in creating a space to explore social contexts and collective narratives. History, film, soap operas, fairy-tales and mythology all inform her work in that they are both narrative modes that she uses as well as sites of investigation. La Vaughn Belle looks for the narratives inscribed in various objects and places and find ways to add to them and at times subvert them

Ledgers From a Lost Kingdom 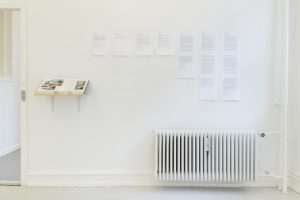 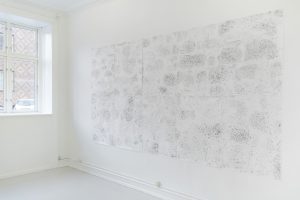 La Vaughn Belle: Wall rubbings (records of the work of others), 2017. Photo: I DO ART Agency. 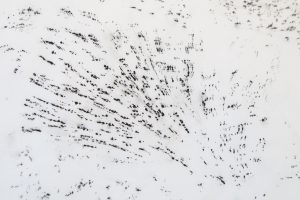 La Vaughn Belle: Wall rubbings (records of the work of others), detail, 2017. Photo: I DO ART Agency. 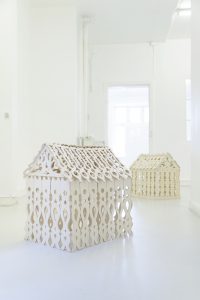 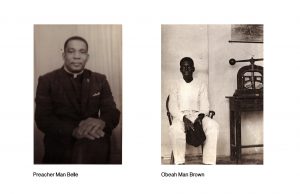 La Vaughn Belle’s solo-contribution Ledgers From a Lost Kingdom gives voice to Danish colonial impact on the people of the Virgin Islands.

The upcoming centenary has prompted the digitization of these archives, making them available for public consumption. Yet, when records have been inaccessible to a community for so long, other ways of creating collective memory takes over. Alternative accounts are formed through oral traditions, material culture and architecture that challenge some of the silence inherent in the colonial order of things as seen through its archival productions.

For the group exhibition La Vaughn Belle exhibits the Photomontage Series that explores images from the Danish archives of the Danish West Indies and juxtaposes them with images from the personal archives and albums of the artist. They included images of the artist as an infant in the Virgin Islands and young child in Wisconsin while her father went to seminary school. There is an image of her mother carrying her youngest brother and an image of her father who was a Moravian and later an Anglican priest. The narratives embedded in the images become collapsed, converted, contested and re-imagined in the simple gesture of juxtaposition and/or adding captions to the images. Most of the captions are directly quoted from the archives and original sources. 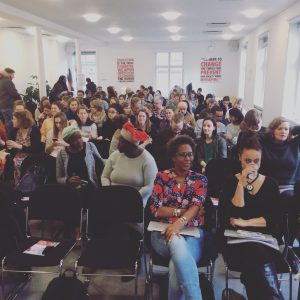 La Vaughn Belle will be joined by artist Jeannette Ehlers and social critic Uzma Ahmed in a panel discussion that creates a link between feminism and decolonization. In Denmark we have spent a lot of 2016 debating ‘ Brown feminism’ – the issue of not only being a woman in the Danish society, but being a woman AND brown. The issues that arise are of racial and feminist character and some debaters talk about double-oppression.

The panel discussion is organised by meter and the development organisation Mellemfolkeligt Samvirke / Action Aid Denmark. 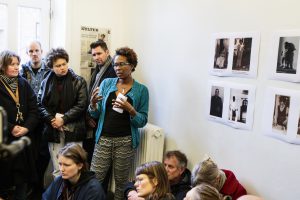 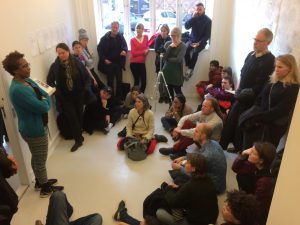 The artist talk is held in connection to La Vaughn Belle’s exhibition Ledgers From a Lost Kingdom.