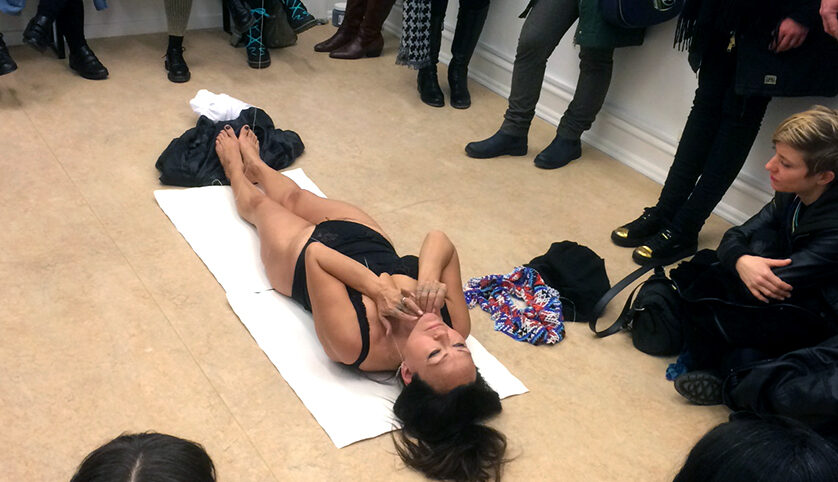 On the second day of the exhibition Unravelings, Jessie Kleemann performed: I tråd med tiden.

The performance I tråd med tiden focused on the use and meaning of thread in Greenlandic culture. By exploring thread as a material for the sewing of sealskin and anoraks as well as its conceptual meaning of linking a complex, shared, cultural inheritance, Jessie Kleemann invited the audience into an intimate experience, where she investigated the perception of the Inuit woman. 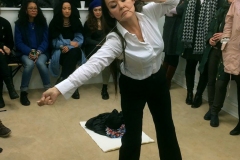 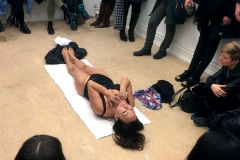 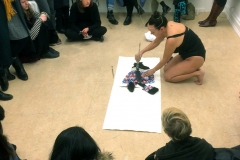 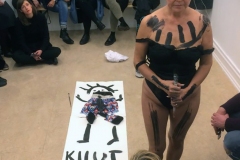 The video documentation below was produced by liveart.dk and is part of a project in which they experiment with the documentation of performance. It is filmed with a 360 degree camera.