Imri Sandström is a feminist, artist and researcher. Born in the north of Sweden she now resides in the countryside in the south, where she makes art, chops wood and teaches online. Invested in issues regarding sound, language and history, and informed by new materialist and decolonial thinking and practice, her works tend to engage with these matters. She is currently conducting her doctoral research within the field of literary composition, at Valand Academy, Gothenburg University. The project concerns the literary languages and settler colonial histories of the regions Västerbotten in northern Sweden and New England in the north-east of USA, as read through works of poet and literary theorist Susan Howe. 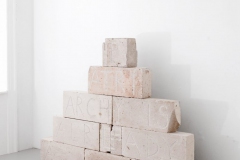 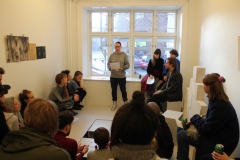 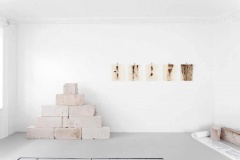 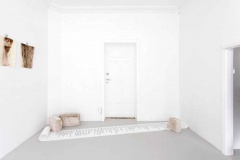 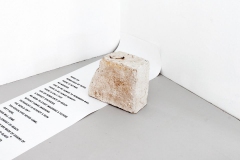 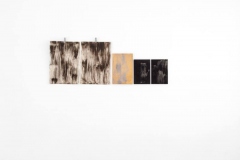 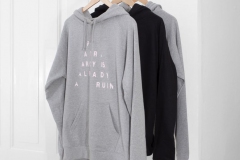 Struggling with the concept utopia and its inherent unattainability, Sandström has made a set of works that attempts to describe a form of utopia that is not just attainable, but an actuality ­– that has begun. One where patriarchy already is a ruin, where the dystopian cannot be separated from the utopian, and where the duality organic/synthetic, nature/culture is evaporating along with the idea of the human as the central figure. The set of works consists of the sculpture PATRIARCHY IS ALREADY A RUIN, the print as well as performance IN THE NOT-APOCALYPSE and a selection of images from A Study of Ash as Semblance of Wood.